Showing posts with the label LG Optimus L7 2
Show All 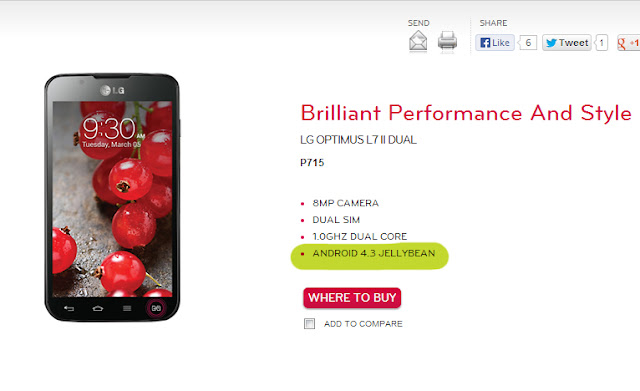 Its bizarre news as LG has listed one of their smartphone the LG OptimusL72 running on Android 4.3 much before Google has officially released the Android 4.3 Jelly Bean OS.

A screenshot from the LG website, shows the smartphone running on Android 4.3
There has been a widespread rumor on Google releasing Android 4.3, what suggest is Google is inching closer for the official announcement, but what you see is not what you hear.
Post a comment
Read more
More posts