Showing posts with the label lumia
Show All

Nokia Lumia 720 available for $300 in India, photos and detailed specification 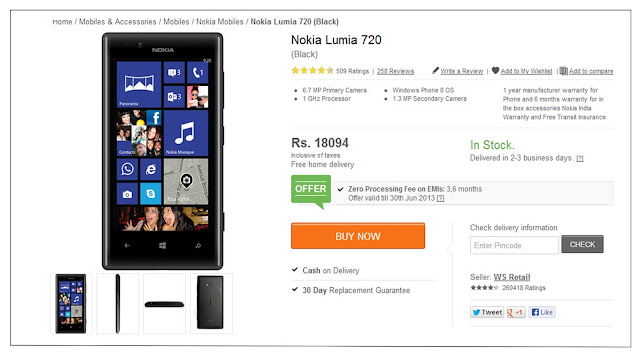 
Buy Nokia Lumia 720 from Nokia store
Well, Nokia Lumia 720 is a small and handy smartphone but incredibly packed with best features making it a good smartphone. The smartphone comes with a 4.3 inch display with 800x480 resolution and has 217 ppi which is not that great. The display is crisp and ensures the best display performance even under sunlight, thanks to the ClearBlack technology and the Corning Gorilla glass2 protects the screen from scratches and other damages and making bold display appearance.
The Lumia 720 comes with a 6.7-megapixel camera and has an LED flash and is supporte…
3 comments
Read more
More posts