Showing posts with the label software
Show All

How many times have you ever been at the local coffee shop, or even a Washington DC conference center, and stressed over the security of the Wi-Fi connection? While there may not be much you can do about improving security for public internet access points, you can protect your wireless devices from being breached.

We all know about popular anti-virus software, but not everyone purchases it or maintains a subscription. And while this may be a fool-hardy approach to online access, it does not negate the fact that thousands of internet users are victims of malicious programs every month.
There has to be a better solution to online protection than having to purchase and install additional software. Indeed, Microsoft has found one.
Introducing the New Windows 8
Every few years, we expect the newest, latest version of Windows to roll out, anxious to see what changes and improvements have been made. This latest upgrade to Windows 8 should have virtually everyone excited. Well, everyone, that …
Post a comment
Read more 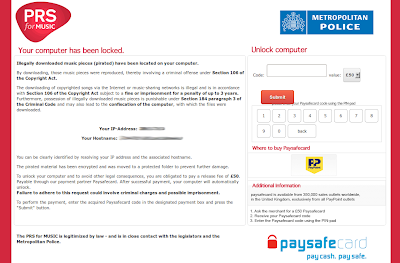 Ransom Malware also known as cryptoviruses, cryptotrojans or cryptoworms is a type of scareware Trojan that locks the system and makes your computer unusable unless a fee is paid. Initially it was popular in Russia but now it spread across Europe with the latest thread targeting Swiss, German and Austrian users.

Abuse.ch spotted a ransom that literally “locks” a user’s computer due to pirated content such as mp3s, movies, documents and photos that were illegally downloaded from pirate websites. It infects the computer trough possible web-browser vulnerabilities or third party applications including Adobe Flash player and Java. The latest Ransom malware could be purchased from underground forums at a relatively cheap price. Finally, it could be used by cyber criminals in order to infect computers and make profit out of it. The scareware displays fake messages by Metropolitan Police.  To unlock the computer a payment of 100$ transferred via Paysafecard is required. It also displays the I…
Post a comment
Read more 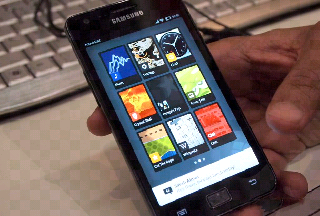 Mozilla finally shows it operating system for mobile Boot 2 Gecko recently at Mobile World Congress 2012. The Boot 2 Gecko has its interface built with HTML5 and CSS web standards, making it extremely customizable. The Boot 2 Gecko OS is built upon a Linux kernel, and Mozilla has developed various APIs for functions such as the phone dialer, camera, and 3D graphics.
Boot to Gecko therefore has the ability to function like a mobile device. Make calls, sms, capture photos, USB and wireless devices can be connected are main technical features users can expect from this OS.
Mozillawiki says B2G is not based on Android but uses some of the same low-level building blocks used in Android (Linux kernel,libusb, etc) in order to reduce the burden on ODMs/OEMs to bring up B2G on new hardware.
However, B2G is not based on Android, and will not be compatible with the Android stack (in particular B2G will not run Android
applications). 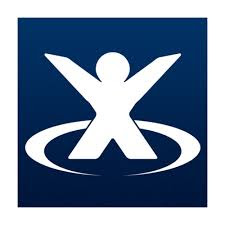 {by Nishadha Silva }
Collaboration means a group of people working together to create something. In general most software engineers do this in there day to day life. However the advances in technology and the increasing number of people working from distributed locations lead to more advanced online collaboration tools. Below are some online collaboration tools that are well suited for software engineers.
Confluence
Confluence is software to manage wiki’s. Wiki’s became very popular after the success of community driven websites like Wikipedia. Business started noticing this and adopted this to manage their business knowledge. People can share their articles and his peers can give feedback instantly. A great tool for manage business knowledge in a collaborative way. Creately
Creately is an online diagramming tool, specifically built for software teams. Even as a standalone diagramming tool it compares well and can be considered as an alternative to Microsoft Visio. But when it comes to col…
9 comments
Read more

December 08, 2011
Conversations Nokia has reported that software update for Nokia Lumia 800 will be available online in all country where there are Lumia 800 users. Nokia has released Lumia 800 only couple of weeks ago with MS Windows Phone 7.5 Mango OS.
As per the update list it shows comparable increase in  performance and usability.
° Improved charging
° Voicemail notification improvement
° Replying to mail improved for Microsoft Exchange 2003 users
° Improved display in switching in bright light
° Improved audio quality
Not everyone will get the update at once – the number of simultaneous downloads has to be limited – but it should be delivered in all the initial launch countries over the course of the next two weeks. The software will be downloaded through Microsoft Zune.
source
4 comments
Read more

Image via CrunchBase
Apple's iOS5.0 .1 update is finally in air now. Some new changes are expected which will fix tge current running bugs iOS 5 devices. Now. The update will be much more simple as the update will run on air. This means that the Apple users don't need to plug their device to computer and connevt to iTunes as the update is Over The Air(OTA).
The update is applicable to all iOS 5 running devices such as the iPhone 3GS, iPhone 4, iPhone 4S , iPod Touch 3rd and 4th Gen , iPad, and iPad 2 .
All a user has to do is, go to Settings > General > Software Update, and
if there is an update available for your device, you will be notified immediately (given that
you're on a Wi- Fi or 3G network) and you can download the update right away.
A new way of update has also been introduced i.e. there will be delta updates where only required changes will be made and whole device will not be updated at once. The update takes place fairly easily and doesn't
take too m…
1 comment
Read more

List of 10 sites where you can send files of large size.
(1) Sendthisfile 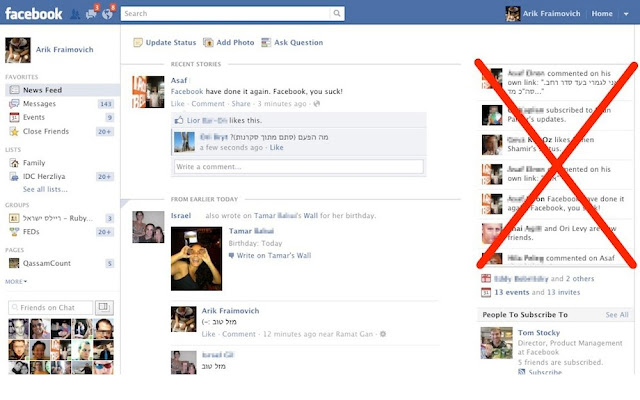 Facebook Ticker is a live feed of all the ongoing activity which appears in users news feed.You can now remove the  Facebook NewsTicker which used to eat up almost 1/4th of the homepage.

Pentahois one of the powerful data migration tool developed as an open source. The penatho can be downloaded from the http://www.pentaho.com/download/. The newer version of Pentaho is released the version 4.0 " Pentaho Data Integration 4.0".