Showing posts with the label Smasung galaxy Zoom
Show All 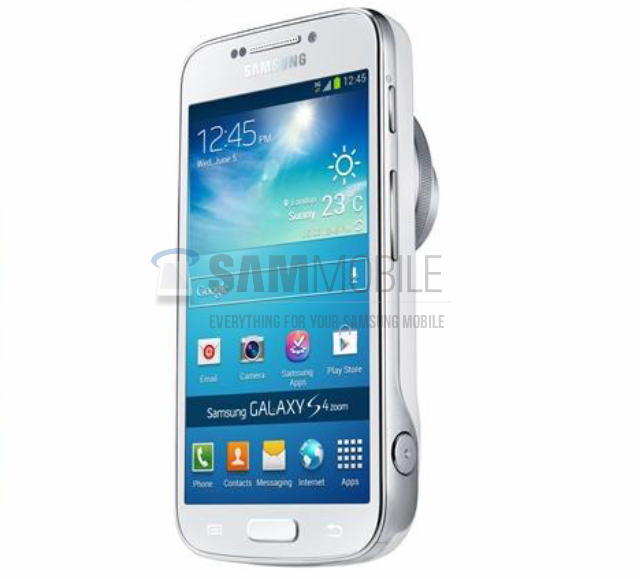 What appears to be a bulky phone from Samsung Galaxy family, the Galaxy S4 Zoom has been leaked and is lurking the internet. A first picture of the Samsung Galaxy S4 has leaked before the Company’s official announcement of several handsets much before the already decided date, June 20th.
The leaked images appears that the Galaxy S4 Zoom to a clone between Samsung Galaxy Mini and the Galaxy Camera
The specifications of the Zoom are as follows, more will be followed after its official showcase on June 20th
According to SamMObile, the Galaxy S4 Zoom is carries a 4.3 inch qHD screen AMOLED display and 1.6 GHz dual-core processor. The phone being bulky from appearance is due to its 16.0 megapixel camera at its rear protruding a lot from the case and probably won’t fit on your pockets, additionally the camera also has 10x optical zoom, 8GB of internal memory which is expandable up to 64 GB and runs on Android 4.2.2 Jelly Bean OS with TouchWiz UX interface. Apart from these the new smartphone…
Post a comment
Read more
More posts